What is the CFPB Arbitration Rule? Definition & Best Practices 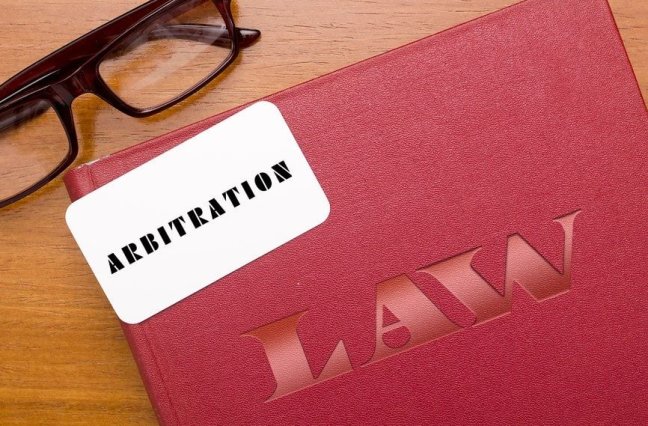 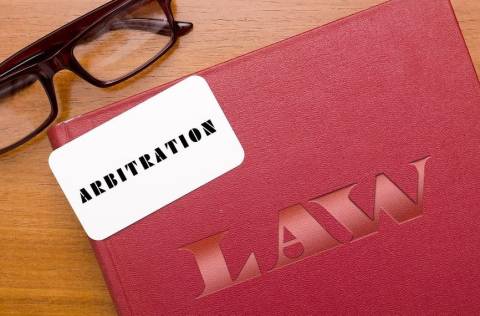 Arbitration between companies and consumers as an alternative form of conflict resolution often works as a strategic option for the company in question, affording it the opportunity to minimize costs and simplify the process of appeasing upset clientele.

Due to the tendency that many companies demonstrate for negotiating through arbitration, as opposed to using the court system, many businesses in the financial sector and beyond have generally opted to include clauses in consumer contracts that keep them from pursuing legal matters in any other way. However, a rule put forth by the CFPB concerning such arbitration clauses takes aim at this practice directly by limiting what companies can and cannot contractually demand of their clientele.

Clearly understanding the CFPB arbitration rule can help illuminate some of the most common struggles that exist between organizations and consumers. Read on to learn more about the rule, its implementation and its implications.

What the CFPB is

To better understand the guiding motivation behind the arbitration rule put forth by the CFPB, it helps to know just what the CFPB is in the first place.

The Consumer Financial Protection Bureau or “CFPB” is the result of political actions taken in response to the Great Recession that occurred in the United States in 2008. Bills passed pertaining to financial regulations following the recession worked to implement greater protection measures against untoward financial practices.

The bill that brought about the formation of the CFPB directly was named the Dodd-Frank Wall Street Reform and Consumer Protection Act.

This historic act served as the largest overhaul of the nation’s financial system implemented since the Great Depression and was signed into law by then-President Barack Obama in 2010. As per the act’s original specifications, the CFPB was founded, then given the explicit purpose of keeping consumers protected from financial service scams involving various forms of credit such as mortgages, credit cards and more. Additional organizations were launched by mandate of this same act to oversee the nation’s financial state of stability as well as the liquidation of large companies.

What the CFPB Arbitration Rule Intends

The CFPB Arbitration Rule is intended to prevent financial organizations from making use of arbitration clauses in contracts to keep consumers from pursuing legal rights as a group against said organizations. The rule is meant to make class-action lawsuits and similar arrangements possible for victims of systemic financial fraud, etc.

Consumers caught up in a financial company’s negligent or outright malicious actions were, thanks to this rule, not restricted by contractual obligations with such companies from banding together to file a lawsuit.

In 2017, President Donald Trump signed legislation into law under the Congressional Review Act or “CRA” that disapproves the Arbitration Agreements Rule altogether, rendering it ineffective ever since.

As the Arbitration Rule has been removed from the Code of Federal Regulations, it is no longer applicable to any financial organizations and need not be adhered to by such. This unfortunately makes it much more likely that financial companies will continue to include arbitration clauses in their contracts that forbid group lawsuits in the event of consumers being harmed by their actions.

Although this rule is no longer in effect, it brings to light some concerns worth consideration from both the perspective of a consumer and that of a functioning business or financial entity.

Consumers looking to obtain loans, mortgages or another form of credit should carefully weigh their options before signing on the dotted line. The company with which you choose to do business should have a proven track record of adherence to contractual obligations and fair treatment of their clients.

Understand that arbitration is a type of resolution tactic that may benefit companies much more than a standard court case would. Along the lines of mediation and conciliation, arbitration is primarily a means of keeping legal concerns from entering a court of law.

If your company intends to require that customers sign a waiver to relinquish their right to create a class action claim against you, make this clear at the time of signing.

For the arbitration process itself, should it occur, it helps to have both the full scope of it and your choice of arbitrator defined ahead of time, or as quickly as possible, to help the process move faster.

Speech analytics is a valuable tool for contact centers to monitor for compliance language, not only for CFPB, but other regulations such as FDCPA and FCA requirements for credit discussions. By analyzing every interaction, call centers can protect privacy and monitor privacy compliance policies while minimizing risk.

Do you believe the CFPB arbitration rule should have been defended and kept in effect?

Top call center metrics your organization should care about

Call center metrics, including call tracking metrics, can make improving operations at your contact center much easier to manage. Read this blog for t...

Building customer loyalty is one of the most valuable things a business can do to ensure long-term success, but where do you start? This blog offers 3...