Key Takeaway: The omnichannel age has not arrived as quickly or smoothly as expected, but businesses still can – and should – take steps to prepare for and embrace omnichannel in the contact center.

For years now, omnichannel has been a leading buzzword in the customer engagement space. Countless industry leaders and experts have offered predictions about how omnichannel will change not just the retail space, but also the customer service arena more broadly.

To a significant degree, this remains the case. The difference is that many organizations now claim to have already achieved or embraced omnichannel but frequently do not live up to this measure. What’s more, many expected omnichannel capabilities to be fully installed by now, and the fact that this reality is not living up to this level of anticipation makes some question the viability of omnichannel, both in general and specifically as it relates to the contact center.

In light of all this, it’s important for customer engagement professionals to recognize two facts: 1) Claiming to achieve omnichannel and actually delivering those capabilities are two very different things, and 2) it is definitely possible to move in that direction, so long as companies embrace the right strategy and are realistic about what it will take to achieve their goals.

Looking at the state of omnichannel today can be a disappointing exercise. At the recent World Retail Congress 2016, only 21 percent of surveyed executives said they have become more confident in their businesses’ omnichannel capabilities over the course of the past year, and almost half said their companies are not moving in this direction fast enough, Retail Dive reported. What’s more, only 6 percent of participants called their omnichannel offerings “excellent.”

In some cases, companies’ efforts to achieve omnichannel may actually backfire. For example, No Jitter contributor and industry expert Gerrit V Lydecker Jr. detailed a recent experience wherein he lost his credit card and reached out to his bank for support. While he was on the bank’s website, a representative reached out to him via live chat. That agent eventually realized that Lydecker would need to speak with another representative on the phone. This would be fine, and even impressive, if the live chat agent could simply transition this conversation to the colleague. Instead, though, the writer was forced to call himself and repeat a great deal of the information he’d already provided.

In this case, the bank, in trying to embrace omnichannel, actually delivered a worse customer experience while wasting its own employee’s time. Clearly, that’s not omnichannel.

This anecdote exemplifies the notion that if a company is unable to genuinely achieve omnichannel in its customer engagement efforts, it is better off not making that claim in the first place. When a firm states that it can provide omnichannel service and then comes up short, customers’ expectations are at first elevated, but then disappointed.

None of this should be taken to mean that omnichannel is some sort of unobtainable goal. It’s all but certain that omnichannel will become increasingly achievable in the coming years, and eventually it will be seen as the standard for customer experience. Anything less than omnichannel will seem subpar once that is the case, and so organizations should continue to strive to achieve this level of capabilities.

But they need to be realistic about their current status quo and the challenges that stand in the way.

Addressing this issue, The Industry contributor Andy Donaldson asserted that there are three key obstacles that must be addressed before achieving omnichannel success: the silo mentality, the use of data and digital channel analysis shortcomings. The first of these is perhaps the easiest to overcome, as it’s purely an organizational issue. Data is arguably more difficult, as firms must learn how to not only share data internally, but also leverage that information through every channel. Similarly, analytics are essential for refining engagement across an omnichannel environment.

Those challenges help to explain why the omnichannel reality has not arrived as early as hoped. At the same time, though, they are all clearly surmountable, suggesting omnichannel truly is on the horizon.

What steps is your company taking to embrace omnichannel customer engagement? 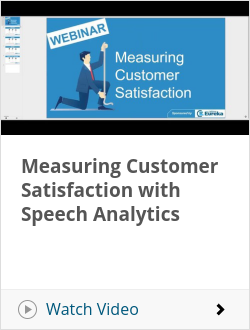 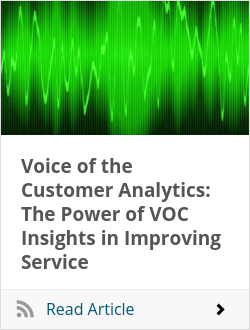 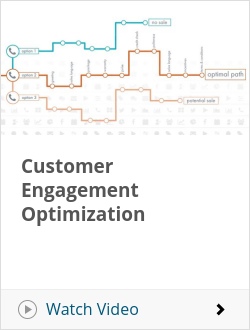 Profanity: What it Means for Agents and the Organization