The Takeaway: Healthcare providers looking to increase customer engagement through apps can look to Fitbit for successful tactics, like multi-channel engagement and strong motivators.

If only more healthcare apps could be like Fitbit. When asked about his company’s mission, Fitbit CEO James Park said:

“A lack of consumer engagement is missing…[it] is a critical missing element in many broad healthcare efforts such as population health and disease control.”

There are several components of the company’s success: Fitbit as a brand has addressed a need in the marketplace. Surrounded by more Internet of Things products and a growing obsession with staying active, Fitbit created devices that give its users the ability to track fitness and health goals, making it one of the first devices to tackle the growing health trend while connecting a group of like-minded individuals. By addressing a pain point, Fitbit had a customer engagement strategy built into its product.

Healthcare apps have yet to do this. According to the Accenture report, only 11 percent of healthcare providers created apps that address at least one of three functions that customers want most.

In addition, Fitbit is using several platforms to stay in contact with customers. According to Simply Measured, Fitbit’s presence across Facebook and Instagram, with the hashtag #Mondaymotivation, accounted for 20 percent of its highest performing posts.

#Mondaymotivation works as an important external motivator for Fitbit users.

How can healthcare providers and apps mimic Fitbit’s success?

UnitedHealth Group, out of Minnesota, has made headway in engaging customers with its app, Baby Blocks. Unveiled in 2011, the healthcare app serves as a poster child for a strong customer engagement strategy in the healthcare space. As noted in the group’s press release, the app works to help expectant mothers on Medicaid attend all their prenatal and post-pregnancy appointments. Like Fitbit, it also reaches out to customers across multiple communication channels, sending out reminders through email and helpful tips via text message.

Set a Goal for Customers

A secondary facet of Fitbit’s success as a brand is the interaction between its members. It’s a form of external motivation: Friends can try to top each other’s fitness goals on a daily – or hourly – basis. The goal paired with its immediate payoff is central to Fitbit’s success.

Meanwhile, Baby Blocks, as a healthcare app, has created its own form of external motivation to reward its patients. Instead of points, it uses gift cards for maternity or baby clothes. And this is crucial in helping keep its customers engaged.

Wharton Professor Kevin Werbach, in his book For the Win: How Game Thinking Can Revolutionize Your Business, warned against “pointification” or setting up loyalty programs with points associated with different tasks. Werbach argued that  points feel arbitrary. They are an intermediary accomplishment that could eventually lead to concrete rewards, yet fail to materialize fast enough. Just in the way you can immediately see if you’ve beaten your co-worker’s number of steps for the day, patients using Baby Blocks can see a clear result from their efforts.

There is, of course, one huge obstacle for healthcare apps that Fitbit doesn’t have to worry about just yet (though, if  a recent Q&A is to be believed, Fitbit will be moving into this space): privacy and legalities in the healthcare field. While this is a challenge, Accenture found that focusing on the functionality of existing apps may prove to be the most important part of boosting customer engagement.

What are you doing to creatively engage your customers? 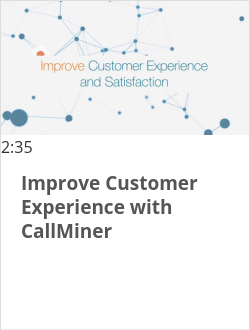 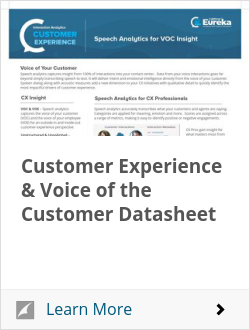 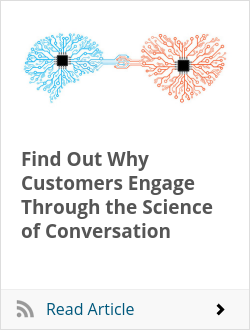 BY CLICKING THE BOX INDICATING YOUR ACCEPTANCE, YOU AGREE TO THE TERMS OF THIS AGREEMENT. TO THE EXTENT YOU ARE ENTERING INTO THIS AGREEMENT ON BEHALF OF A COMPANY OR OTHER LEGAL ENTITY, YOU REPRESENT THAT YOU HAVE THE AUTHORITY TO BIND SUCH ENTITY (“COMPANY”) AND ITS AFFILIATES TO THESE TERMS AND CONDITIONS. IF YOU DO NOT HAVE SUCH AUTHORITY, OR IF YOU DO NOT AGREE WITH THESE TERMS AND CONDITIONS, YOU MUST NOT ACCEPT THIS AGREEMENT AND MAY NOT USE THE SERVICES. This Mutual Nondisclosure Agreement (the “Agreement”) is effective between Company and CallMiner, Inc., having its principal place of business at 200 West Street, Waltham, MA 02451, as of the date of Company accepting this Agreement.

Coronavirus Assessment
Profanity: What it Means for Agents and the Organization

CallMiner uses internet browser cookies on these pages in accordance with our Privacy Statement to make interactions with our websites and services more meaningful and to analyze how the website is used. By continuing to use this website you are consenting to the use of cookies.Accept